Where is the Moshir Cave?
The Moshir Cinema is not just a monument. This old market depicts a clear picture of the culture of the past times of Iran, and reflects the atmosphere that dominates the daily routine of the old markets of this country.
Markets are an integral part of popular culture throughout history. The location of the shops, the entrance, the counters, the style of architecture and the items sold in a variety of markets, provides a comprehensive overview of the state of affairs of our time. In the meantime, there should be a valuable place for the old market of Moshir

It dates back to the headquarters of Moshir or the Gulshan headquarters during the reign of Fathali Shah Qajar. The minister of foreign affairs, Abulhassan Khan Mashir al-Malik, ordered the construction of this spectacular complex on the southern side of the well-known lawyer’s bazaar and in the immediate vicinity of its outlet. If you first log into the office, you probably will not be able to distinguish it from the lawyer’s market, because its architecture is very similar to this old market. But the point that distinguishes the Moshir site from the attorney’s market is the courtyard that is located in the middle of the vineyard building and stands out despite the pond in the middle of the courtyard and beautiful orange trees. The above-mentioned vodka, in total, divides the market into two parts. This podium connects the Moshir cinema to the Nomshir market. 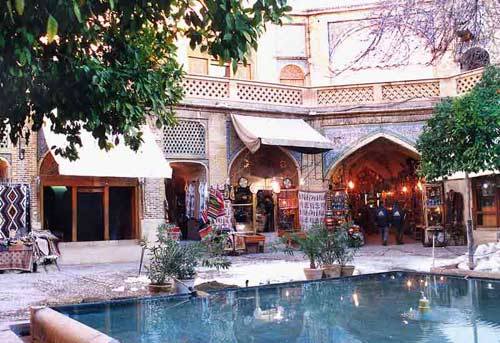 The Mashir Cave also will lead the market from the south to the Urdu Mall. The high ceiling over which a relatively small diminutive dome is located on which a multifaceted winding is located are features of this vinegar. Architects with beautiful tiles and wood trimmings, as well as special glasses of Alwan, have gifted the famous Iranian-Islamic architecture well in their place. Even the pond in the middle of the market has not disappeared from the eyes of Iranian artists, and it is possible to watch tiles and unique styles in it. Of course, during the Pahlavi period, years have passed since the aging years on the walls and walls of the Moshir Circle, which was restored by the authorities of time and ordered by Farah Diba in 1348.
At that time the market basin was used as a tea shop and the market rooms for the handicraft and local arts of Fars province were dedicated. Since then, the market for Moshir or Golshan is also called the Art Series. This spectacular collection is based on the evidence and inscriptions embedded by Abulhassan Khan Moshir-ol-Molk endowed with the Imam of Five Shiites. The text of this statement can be viewed on the main entrance door of the main market of the Moshir market, which dates back to Ramadan 1288 AH.

Today, the shops of the building, which owns it as “Hajj and endowment organization”, have been leased to business owners as goodwill. One of the most prominent features of the building is the roof of the chambers, which is made up of a perforated vault without the use of timber. If you intend to produce handicrafts in Fars province, then you will not be left empty by entering this market. This place is one of the most important and, of course, the best of the province’s markets for handicrafts, which, in addition to its historic attractions, doubles its value. Even if you do not want to buy handicrafts or you are not interested in watching historic places, the short rest and touch of the coolness of the water of the Moshir basin and the watching of the people who pass through it are not worthless. 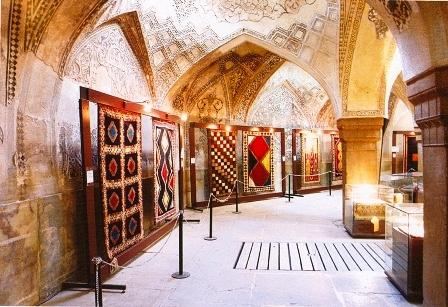 The entrance to the southern side of the Tile Market is also highlighted and there are inscriptions: The Nouvegh Moshir market was completed and opened in 1371 AH. “The endowment of the late Soltan al-Hajjī and Mu’adul al-Mulk” is the side of the hall which has been paved. Among the industries that are active in this area, it can be mentioned as making, mosaic, engraving, stamping, engraving on gold, copper and gabbage. Created by Moshir on 1347 No. 424 was registered.

To access the Moshir Client, the best and most common way to go to the attorney’s market and then open your way to this market (Moshir Cultural Center) is a historical one. This market is located on the path to the tourist of Shah Chargh and market, mosque and bathroom lawyer. So after reaching Shiraz, it is enough to look only at the city map to find your way to the Moshir station. If you are walking, there will not be much going to be a pilgrimage to the shrine of the Shah Chagaq to this market. Otherwise, a significant number of your city bus and taxi will take you to the inn.